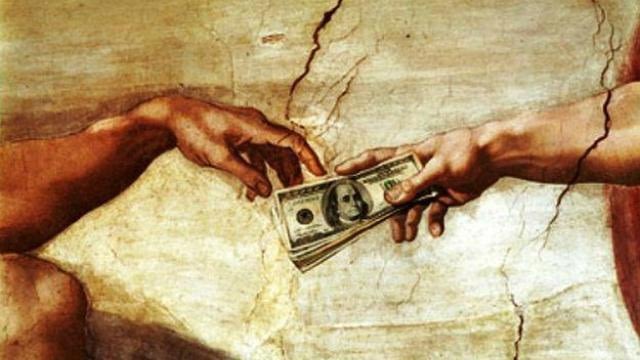 Congratulations, you’ve had a spiritual experience. After years of training you’ve finally touched the absolute nature of reality resulting in an ability to heal and guide others there too.

In a word: whatever.

Seriously, were you expecting a medal?

A band of followers to hang on your every word?

I mean did you really think that all the flowers were going to bloom and the birds would break into song?

Sorry to disappoint but that didn’t even happen with the Buddha.

Because it was a metaphor, silly.

But seriously, nice work. While all your friends were building their careers you were sitting on your ass in the middle of the jungle next to some old man able to warp time and space solely with the power of his BO. Now all your friends have houses, 401(k)s, and passive income streams that support their vacations in the Mediterranean while all you’ve got is access to “cosmic consciousness” and a ton of student debt.

What the hell is going on?

You turned conventionality on its head and did life backward, my friend. While everyone else started the career marathon on time, you had the good sense to realize that you were fundamentally handicapped and stepped off the hamster wheel early. Then you walked the desert, climbed the mountain, and went in search of the ghost orchid of internal transformation. And you found it. Amazing. Honor yourself for that and never stop. But also acknowledge the trade-off that you accepted for the treasure at the end of the rainbow, and cut yourself some slack. Because now that you’re on your feet, with that impeccable flower clenched between your teeth (or braided into your hair) the pack may be “miles ahead,” but you’re now able to run faster than before, with a deeper understanding of yourself and the terrain ahead. And most importantly, you’re beyond the game. So act like it, and acknowledge that you’re not crazy or stupid, just an early adopter.

Remembering the parable of the tortoise and the hare doesn’t hurt either.

(Spoiler alert: the hare gets a herniated disk from not integrating his ego and healing his mommy issues.)

Can you even remember what it felt like back in the day when you’d never meditated before and someone came up to you with that big, radiant smile that reflected an authentic inner peace that just made you want to punch them in the throat?

That’s right, welcome to every one else’s perception of the new you: incredibly valuable and terribly annoying. Wonderfully healing and super irritating.

In short you’ve forgotten where you’ve come from. The greatest of all spiritual pitfalls – you think you’re different. You actually think you’re special. And you know what? People can smell it a mile off.

So no problem. We’ve all been there. And the answer is simple. Just remember what it was like to be in pain, and be willing to meet people there by acknowledging that part of yourself that will never be healed.

So just remember as you rejoin humanity to lead with your humility.

Because if you have a gift to offer and it’s not being received then you’re probably still in the way.

You may be fully enlightened but your breath still stinks of cortisol.

Lord, you could have the secret to eternal life but if you’re not radiating a confident love from your heart in a totally chilly-willy kind of way then you’re not going to be triggering the oxytocin in others that will make them feel good about hanging around you, let alone working with you.

This means you haven’t actually practiced how you‘re coming across with potential clients, line by line.

I’m now going to repeat this because it’s not only the most important thing that you still haven’t done, its the last thing that you’re gonna wanna do.

Now open your heart and take a deep breath.

You still haven’t practiced how you engage with potential clients LINE BY LINE.

Now just hear me out. This is a subtle point that’s taken me years to understand.

Every conversation we have with a potential client is a moment by moment process of either inspiring them or deflating them, fueling them or draining them, from one word to the next.

And all it takes is for one of your words, just one of your responses to resonate an ever so slight twinge of uncertainty for them to unconsciously feel that you doubt yourself.

And the minute they feel that, it’s game over.

So unless you have literally role played and practiced your every response to every possible question with one of your most “Highly Sensitive Friends,” or someone who knows what they’re doing, to gauge the degree to which you are able to OWN every single element of your gift UNDER PRESSURE then you’re not going to be slowly increasing your conversion rate, you’re going to be hitting and missing at random, and then rationalizing that you “only work with people when it feels right.”

Which is nonsense and just another way of saying that you’re too lazy to step out of amateur hour and finally go pro.

The solution: write out every answer to the usual questions (they’re are never as many as you think) and begin practicing in front of someone who knows what they’re doing.

I guarantee that you’’ll find that you don’t sound half as confident as you do inside your head.

Then once you’ve exorcised all the areas in which you unconsciously project a subtle, stinking spinelessness you can begin to relax back into your spontaneity.

Reason 4: You associate money with the bad guys.

There may still be a part of you that has trouble distinguishing money from greed, wealth from corruption, and abundance from selfishness. If so, find out why and heal it now. Your poverty complex isn’t helping. Worse than that, it’s actually tacitly complying with the age-old status quo of tyranny. Sound a little grand? Well, what do you think it took for India to seize its independence? For America to abolish slavery, women to get the vote, for marriage equality, or for poverty to be obliterated? Oh wait, we haven’t done that yet. And why not? Because not enough individuals with a moral backbone and the realization that we’re all in this together have seized their power.

If you work hard and have skills that are valuable, then you deserve to be adequately remunerated. Not tackling this head on and then unconsciously telling yourself that poverty has something to do with spirituality demeans the bounty of Spirit herself.

Reason 5: You read The Secret and now think that intention is everything.

Rhonda Byrne already gets a lot of criticism, so I’m not going to jump on the bandwagon . . . much. Suffice it to say that while intention is the capstone of accomplishment, it’s not the entire pyramid. You also need to involve other people in the process of your success (you misanthrope) while taking advantage of the tools around you (like technology).

Very little is going to happen if you just sit on your duff trying to Jedi mind trick the universe into giving you a raise or finding you a soul mate or getting that book deal. Why? Because the universe is the Jedi mind trick! It wants you to connect with others so that you can learn cooperation. Dear lord, do we have to go over this again? No one does it alone. It’s literally hardwired into the blueprint of success, and intention is just the smallest (albeit most nascent) part of that process.

So get your A-team together now, and make sure you don’t mistake yourself for Hannibal (the leader) when you’re actually Murdock (the crazy one).

And finally the 7th and last reason why you’re spiritually wealthy and financially broke is:

Your spiritual realization is just a memory.

Is the jewel of your realization actually growing? Not just as a concept but as a measurable skill of giving and receiving love that is perpetually increasing in scope and depth? Or is it just a memory from that one time you did acid and temporarily “hacked” your way to unity consciousness, or did Ayahuasca in the jungle for 3 days and spoke to a tree, or that time you meditated SO HARD that the Kundalini serpent power shot out of your head like a geyser?

In other words – is your spiritual wealth authentic, current and gaining interest?

Or just a memory of a blip in time that no longer exists here, and now.

If yes, then this means you’re resting on your laurels.

And in case you didn’t know, laurels don’t rest well. They just get brittle and brown and crack and then turn to dust.

Reinvigorate your practice daily and continue to seek out your own reflection in those who have a deeper (or radically different) realization than you do.